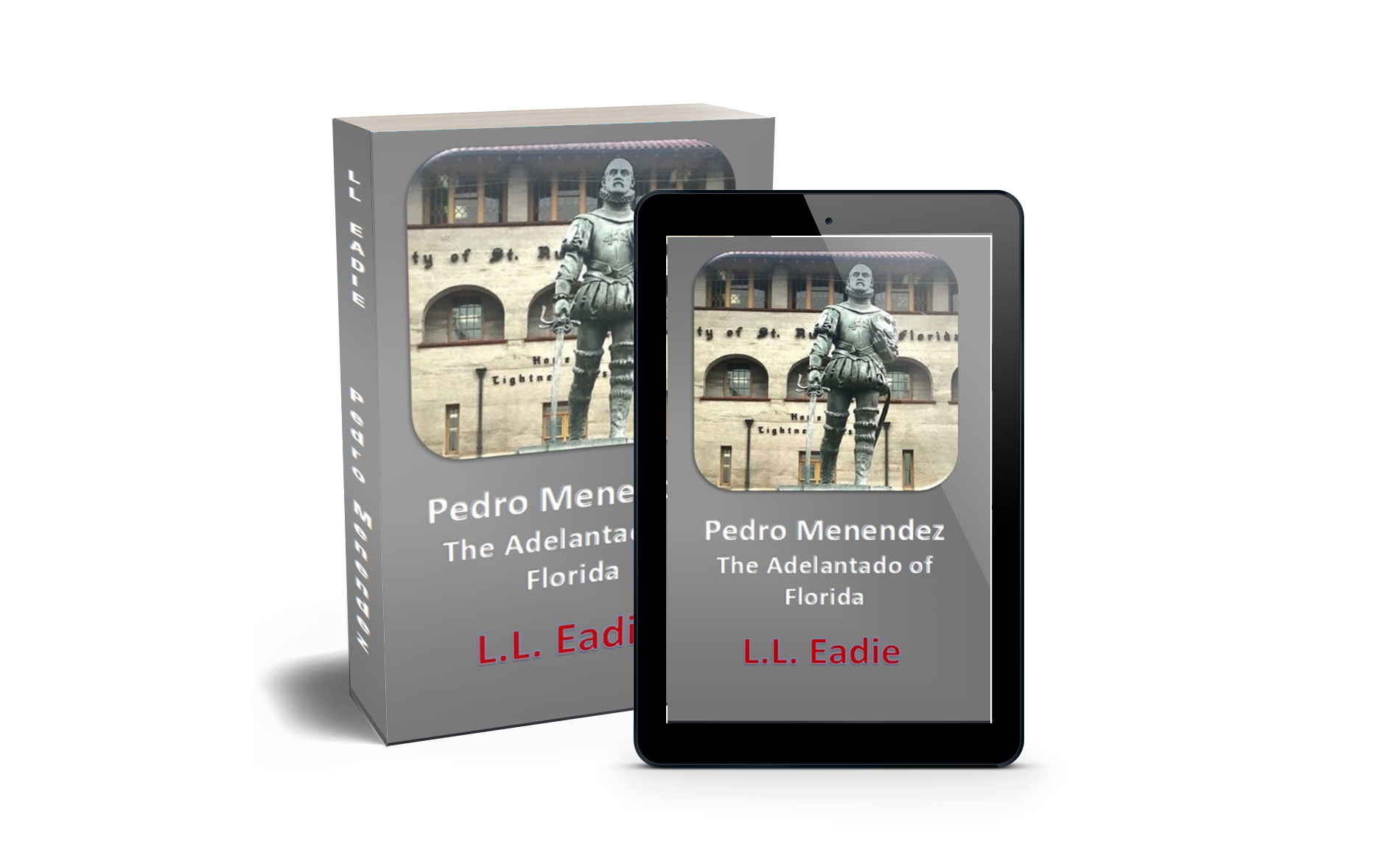 Pedro Menendez The Adelantado of Florida

Pedro Menendez: The Adelantado of Florida

Pedro Menendez sailed to Florida on his flagship, the San Pelayo, named after a knight who had successfully defeated the Spanish Moors 850 years earlier. There were twenty cabin boys on board the San Pelayo.

Ship boys or cabin boys were from ages eleven to thirteen. Many boys were from poor families who could neither clothe nor feed them. They were servants to the officers and worked long hours, often doing the necessary dirty work onboard the ships.

This courageous story is told through the eyes of one such fictitious cabin boy named Rocco that would witness the first Thanksgiving on September 8, 1565. This historic event would take place 42 years before Jamestown was settled and 55 years before the Pilgrims landed at Plymouth Rock. Today a 208’ cross marks the spot where the landing happened.

Rocco would also follow Menendez on his voyage to chart Florida’s coastline, destroy the French fort in Florida, evangelize the Florida Indians, and colonize Florida in the name of the King of Spain – King Philip II.

Menendez was also searching for his missing son Juan. His son’s fleet of thirteen ships scattered in a storm off the coast of Florida five years earlier. Only eight ships returned to Spain.

The book contains a listing of all the reference materials, historical dateline, and much more so that you and your middle school person can use it in your homeschooling endeavors.


If you have any questions about the book or the history of Pedro Menendez please use my CONTACT form and let me know. Also, if you get a chance to visit St. Augustine check out the statues and information display in the Lightner Museum for this most interesting historical figure.