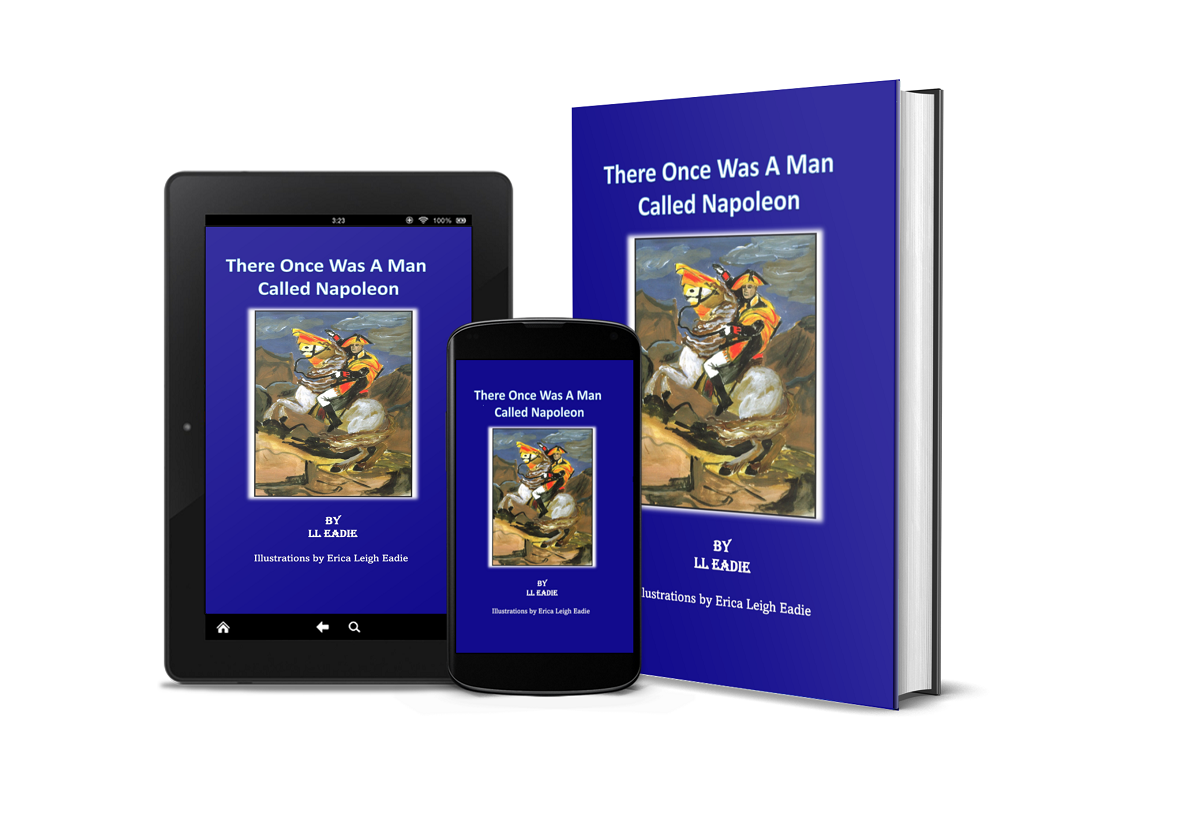 There Once Was a Man Called Napoleon

From “There Once Was a Man Called Napoleon”: “Bonjour! My name is Monsieur Pierre and may I introduce Mademoiselle Gigi. With the help of Gigi, I am going to tell the exciting true-life story of Napoleon Bonaparte’s life. You see, Napoleon was my master. Gigi’s mistress, Madame Josephine, was the love of Napoleon’s life.

“Napoleon’s pere wanted Napoleon’s dream of becoming a soldier to come true. So, Gigi, his pere went to the French governor of Corsica and asked him for a scholarship for Napoleon.

“Napoleon worked so hard, Gigi. I stayed by his side late into the night. Some nights he only slept maybe four hours! Other nights he would wake up and go back to work. He worked hard like that his entire life!”

He was a desperate man. He left behind at Waterloo his beautiful military carriage. Napoleon was now a hunted man! His family left Paris and went into exile after Napoleon’s defeat at the Battle of Waterloo!” explained Pierre.

“It took us seventy days to reach St. Helena, Gigi. The English sailors on the ship grew to like Napoleon on our long voyage. He talked to them often about the times in Egypt and Russia. He was their prisoner, but he became their friend! When we finally reached St. Helena, Napoleon said … ”

Available in eBook, Hardback and Paperback formats (if you want an audio book format please let me know)

Also, if you have any questions about my research on Napoleon or the fictional story please use my CONTACT form and I will be happy to get in touch. This would make a very nice edition to anyone’s home-schooling library.