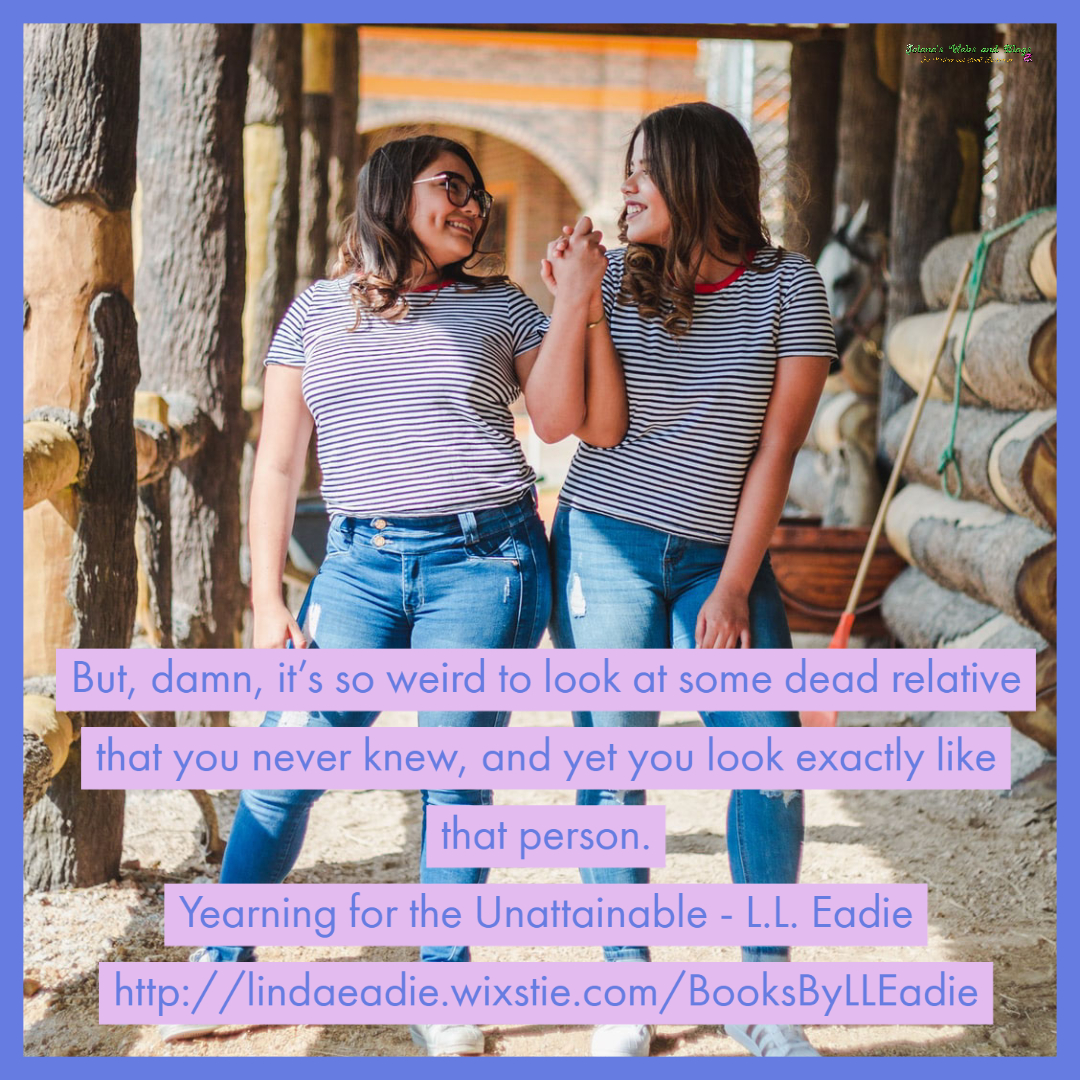 Chanticleer has written a very informative review of my latest young adult fiction novel called Yearning For the Unattainable.

Y.F.T.U.: Shorthand for “yearning for the unattainable.” It’s an ongoing condition in the life of 16-year-old Gentry Wickleham, very much a 21st Century teenager whose life thus far has been a series of shifting sands: a father who can’t seem to hold a job, a mother who disappeared long ago, Rawsom – her obnoxious older brother, a seemingly endless of series of Dad’s girlfriends with maternal skills that verge on the non-existent, and a constant life on the move.

So, when Dad and Nikki, his nubile new girlfriend, and Rawsom move to the small town of Wiregrass, Georgia, and move into her great aunt Tom’s decrepit old mansion, Gentry has no expectation of the wild, exuberant ride awaiting her. Who knew that secrets, ghosts, and murder awaited her, along with new friends, a new exciting life, and even love was right around the corner? More specifically, who knew what revelations about her family’s past, as well as her own unique relationship with a dead girl from another time, was happening right upstairs in the attic of the old house.

Yearning for the Unattainable is an enjoyable brew of multiple story lines that keep readers bouncing through Gentry’s life. Central to the story is her near-identical resemblance to Sylvie, her Aunt Tom’s daughter, whose early, mysterious death at 16 during the 1960s affected virtually everyone who lived in the small, close-knit town, and who even today are influenced by her suicide—or was it murder?—a half-century ago.

But this is no usual whodunit. We live in Gentry’s sensitive yet yearning skin as she navigates through the rigors of growing up. Is she pretty enough? Can the young man she lusts after, a nearly perfect boy named Legend, even begin noticing her when he’s constantly surrounded by hoards of busty competitors that keep Gentry constantly reassessing her own ability to compete? In her world, if boys are Sirloins and girls are Sirens, then what is she?

It takes skill to tell this kind of tale. There are multiple threads to follow from the dead Sylvie to the mysteries of Aunt Tom’s mansion, to Gentry’s lustful fantasies about Legend and her reluctant development of a relationship with her father’s girlfriend among them. And, author, L.L. Eadie effortlessly takes us with her from storyline to storyline in what ultimately is a complex tale. Y.F.T.U. also keeps providing new details about each key character, making it easy to recall who’s who, which allows us to know these people even as the mysteries of Wiregrass reveal themselves all the way to the last page.

The language is often salty. Some might find that offensive, but this is a contemporary book dealing with themes as old as mankind itself. Author L.L. Eadie serves up a Southern Gothic Y/A novel in a fresh new way and succeeds admirably.

Thank you to the staff at Chanticleer for this nice review. You can obtain a copy from Amazon by visiting my Author Page. Please click the “FOLLOW” button to receive updates when a new book is available for sale.

If you have any questions or suggestions or just would like to say, hey, please use our CONTACT page.